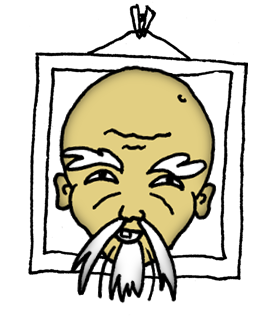 Gurufix and Bigboss have know each other for ages. When Bigboss launched “Hotair Ltd.” he asked Gurufix, who was already retired, if he could help him with the project management part. Gurufix accepted and has become an invaluable asset of the new business. With more than 40 years of project management experience, he has seen everything. It is virtually impossible to surprise him. He knows the theory off pat, but he is also an evenly great practitioner.

He still is a member of all relevant project management organisations and has gained certifications from PMP, PRINCE2 to Six Sigma black belt, you name it. He is a fervent adversary of introducing new and untested project management methods into companies who have neither the resources nor the know-how to handle them. Understandably, he has only a very limited number of friends in the consulting business.

His weak point is his lack of flexibility when it comes to see things differently from the standards promoted by the PMI®. He is all about compliance with ethical standards, rules and regulations and that’s a permanent issue between him and Bigboss who likes bending the rules when he pleases.

Especially the younger project managers love him, because there is nothing in the field of project management that he cannot explain.