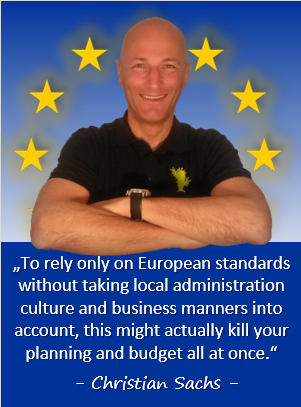 Everybody is talking about Europe and how much standardised everything is. From bananas, cucumbers to water quality or vehicle pollution, the standardisation is everywhere. But where are they when you need them? Be warned, when running an international project, to rely only on European standards without taking local administration culture and business manners into account, this might actually kill your planning and budget all at once.

As I have seen this happen on multiple occasions, I would like to share with you some examples I came along. Believe me, it’s actually worth to dive into the “local stuff” to fine-tune your project plan because administration practices in Europe are not as standardised as one would want to believe.

Let’s start with some juicy examples that compare my home country Germany to some others.

Building a production hall in Hungary

Setting up a production plant seems pretty straight forward, especially when you have done it several times in your home country. But now, it’s expansion time, so your boss needs a production in Eastern Europe. Let’s put it to Hungary just for the sake of the example.

If you as the project manager do not dive into the local administration practices you could think that between Germany and Hungary this could not be so much different. After all, it’s just walls, a roof, some people and some machinery.

In Germany, to hire people, get a phone line, buy some stuff like computers, chairs and so on, you just need to have the authorisation from your company to sign all these orders.

If you did not plan ahead, you will see that in Hungary, you need the power of attorney which needs to be declared in the commercial register. A process that takes up to 2 months. Until then, only the CEO at home can sign such kind of stuff for the daughter company. And by the way, only original signatures count. You imagine the amount of time and postal fees spent to do this?

All this can be a serious hit for your schedule and your budget.

Now, that you obtained all your permits to build your plant, hired the people, set up the production line and feel you are ready to start. Just a visit or 2 from the officials to get the stamps so that you can open doors and launch your production.

Well, in Germany 2 or 3 visitors will be sufficient, like the building administration and the fire department who will want to check that your building is conform to the legislation.

Oh, what delusion! In Hungary, you will have to greet and receive 16 visits to obtain all the required stamps. If you did not plan for this and as everybody comes alone you are good to go for weeks before all these people have had their look and before you can flip the switch and start producing. So hopefully, you have arranged all the visits well ahead of time, in order to get them through the visits quickly.

Once again, if you did not plan ahead, it’s sliding time for your schedule.

Taking itself for “La Grande Nation” and also for very advanced, French administration has an affinity for real paper, that can make a project manager mad. Even if, astonishing enough, you can now launch a small company via internet, this is by far not true in other areas.

If you want to export military goods from France to other parts of the world you need an export licence, which is very much true for any country in the world. BUT as I discovered, France is the ONLY country in Europe, where this licence will be issued on paper, one original only. And I think you guessed it, the original is the only thing that counts and if you lose it you need to apply for another one, which will take you at least 3 months. God forbid you need to get this done during July or August, because administration is pretty much closed through these months.

Now, when you want to send some parts that are included in the licence to anywhere in the world, the original has to travel to the customs office at the border crossing where your goods will leave French soil. That’s because the customs agent will manually write on the original what has been exported and also use his little calculator to calculate the remaining amount of the licence.

Not such a big deal, only some points to think about.

The illness of smattering

I just showed you some random examples from Europe, but things can get much more difficult when you go to other areas of the world. Astonishingly enough, CEO’s and their teams around the world assume that they know everything and too often you will hear stuff like :”Don’t worry, we’ll do it like back home in Alabama. We’ve done this hundreds of times, can’t be so different.”

As a project manager you will find all the trouble resulting of assumption on your table and so you better go prepared.

How to play it safe?

Your first stop is the chamber of foreign trade. They will be able to guide you to subject matter experts, either in an embassy at the location you need to deal with, or anywhere else in this country through their vast network.

Check out these guys and gals carefully, talk to some people who worked with them and hear what they are saying. If you get the feeling they are serious, then take the time and walk them through the planning of your local actions. They can show you the pitfalls and how to avoid them, much better than some wannabee expert who has watched a documentary on discovery channel and who by coincidence happens to be a buddy to your CEO.

What have you discovered in your career? Where in the word have you been and done business? Please add some of the strange habits or business practices you discovered to the comments section of this article, so that everybody can learn from them. 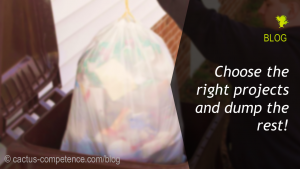 Gallery image with caption: Choose the right projects and dump the rest! 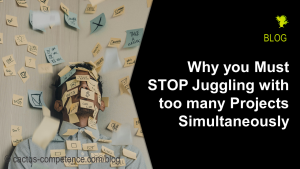 Gallery image with caption: Why you Must STOP Juggling with too many Projects Simultaneously 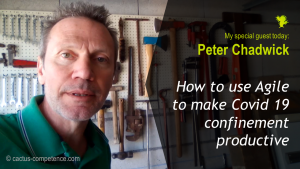 Gallery image with caption: How to use Agile to make Covid-19 Confinement productive 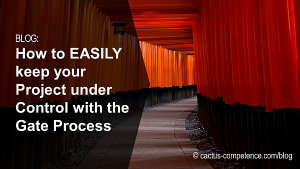 Gallery image with caption: How to EASILY keep your Project under Control with the Gate Process