A month before the finish date, everything looks great and all traffic lights for your project are green. And then BOUM! Everything seems to go wrong and suddenly your project is deep in the red. Behind schedule, over cost, a real mess. That’s what’s called a watermelon project. How can this be? And how to avoid it?

That’s a question Projectix should have asked himself before doing his presentation.

A “Hotair Ltd” story: Gurufix put his head through the door of Projectix’ office …

Gurufix: „Hi Mr Project Manager. I just went through your presentation and I got a word of warning for you. Do you have a minute?“

Projectix: “Sure, come in. Why would I need a word of warning? My project looks great. All tasks at 90% finished and still a month to go. The remaining 10% will be easy to do, then the 3 remaining tasks where we put everything together, and that’s it. It’s gonna be a piece of cake.”

Gurufix: “Well, with my experience and looking at the people who reported their tasks to be finished at 90%, I think you just got a watermelon project.”

Gurufix: “Yeah. From the outside, everything looks green and nice, but if you look closer at the inside, it’s deep red. Like a watermelon. For example, sales said the forecast is 90% finished. But I assure you that, once it is finished, which by the way will take more than a month, because for them 90% means done, and nobody will be working on it, production planning, which is the next task will report that they can’t use the data. Which means, sales will have to do it again. So, already on this one you are at least 2 months late. And that’s just one example. You’d better report to Bigboss, that you probably have a problem, so that at least everybody stays on board.”

Projectix turns white: “Are you sure?” 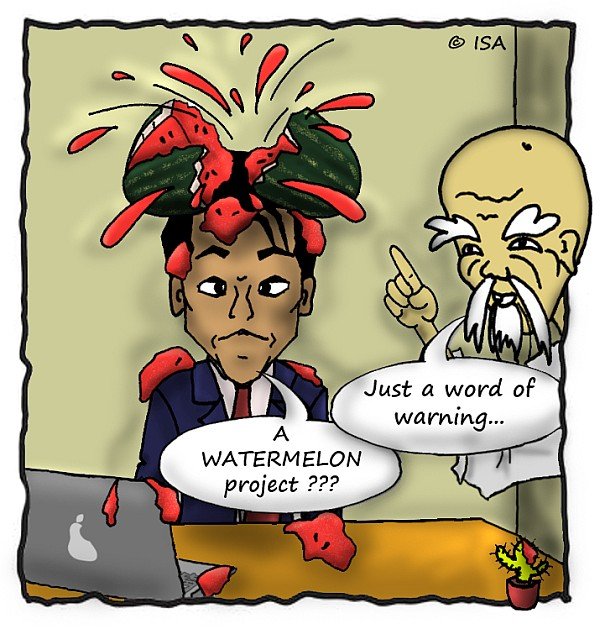 Did you already live this kind of experience? Feels shitty, isn’t it. Your project is nearly finished, and everything is blue sky and sunshine and tomorrow a thunderstorm rudely awakens you. You want to avoid this in the future? Here are my 3 tips that should also work for you, fellow entrepreneurs.

Tip number 1: Insist on a clear definition of DONE

The definition of “Done” is one cornerstone in Agile Project Management and I propose to also introduce this into your projects.

By clearly defining when a task can be marked as “Done” you avoid any discussion whether the task is really finished or not and whether the people responsible for executing this task can move to another task or not.

An unclear or missing definition of “Done” gives room for interpretation and you’ll find yourself with an unfinished task (e.g. just a little documentation missing) which has been considered as done by one team member, but in fact does not allow the project to move forward.

Even if you are a solopreneur, your view of what is done and what not might change from the planning phase, where you are calm and reflective, to the execution when the timing is tight. So, it is a good idea to think about what DONE means for YOU beforehand and stick to this definition.

One key rule to evaluate the real status of a project is to only allow 3 states. Either a task is open, ongoing or done. There is no such thing as 90% done and you should never accept any kind of percentage between open and done. You can only continue with the next tasks in your project when the previous task is really done.

A person whose task is to swim across a river can still drown even if he made it to the 90% mark! Keep this in mind!

The same thing is true in projects. Unless the task is accepted by the person responsible for the successor task as done, it is not done. And accordingly, it should not appear in your project plan as done or 90% done or whatever percentage you might want to put.

The error 90% of entrepreneurs make when they plan the tasks of a project is that out of convenience they accept tasks that are too long. This leads to discussions that an intermediate status should be put on the task to show, that a part of it has been accomplished. The question arises especially if you must present a project milestone and a task going over several weeks or even months continues after the milestone. And here we are again with our 90% done thing. Again, don’t accept this!

The problem of this approach is that the real status of a task can seldom be verified if it is not accepted done. The question you should ask yourself is, what would I be able to do with the results of the task if the work on it would stop tomorrow. Or if the team would discover that the starting assumptions where wrong and they would have to start all over?

Limit task length to less than 4 weeks or 10% of the project duration. Your estimation of the real status will always be good enough and you will not need to discuss the status of a partly executed task to present a status of the total project.

Where you already hit by a watermelon on your entrepreneurial journey? A nearly finished project that looked great today and completely messy just some days later? Which one of my 3 tips would have avoided the problem, or do you have a forth one to share with the community?

Please write your feedback in the comments! If you do not want to comment here, why not head over to Linkedin or Facebook and leave your comment there?

TASK FOR YOU:
Check your current project(s). Is it all green from the outside? Have a deeper look! 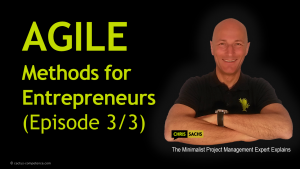 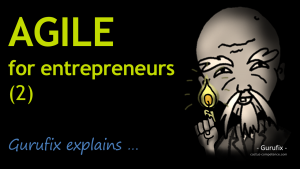 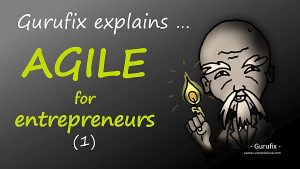